Thoughts on the General Election 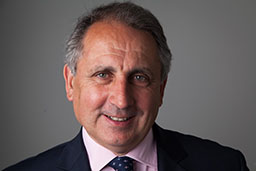 After the turbulence of recent months, we now have a Government with a mandate to govern for a full term – and the numbers to get business through the House of Commons.

That list of business is very long, and of course begins with negotiating a rather tricky post-Brexit trade deal, not to mention a brewing storm about the unity of the UK. As strong as the SNP are in Scotland, their influence in Westminster has been blown away by the size of the Conservative majority.  And what about unity more generally? Some basis for co-existence between leavers and remainers needs to be found.

So, what are the implications of the General Election results for the financial services sector and FLA members in particular?

Markets have responded positively, and with good reason – a no deal Brexit risk remains but is less likely than it was, and there is every chance that some form of regulatory alignment with the EU will be secured. The Government has spoken of building stability for business through both its social and economic policies – a one-nation approach that we also need to reflect as we pursue diversity and inclusion in the work of our industry. We are also pleased that the previous austerity policy, is now on the wane, which at a time when money is cheap, makes sense.

And when it comes to regulation, the message again is one of limited change. Government remains committed to previous creations - FCA and PRA – although it may well adjust the perimeter of the former. It will not want to legislate much but it will also not be soft. It will want regulators to use their powers robustly.

At the FLA, we want to see some legislative reform, principally to the Consumer Credit Act. Is there scope in the Government agenda for this? We believe so, but we will need to work with other stakeholders, and consumer representatives in particular. We also need to show that what we’re asking for is already aligned to important key issues - for instance, financing green vehicles, which contributes to net zero emissions; strengthening investment, which would help to drive productivity especially in SMEs; and modernising analogue legislation so that it is fit for a digital age.

The election result provides opportunities for FLA members, and coming in as your new DG, I look forward to working with you to help make the best of the next five years.

With best wishes for Christmas and the future.